At my brother's request, Tom will now be known as Melvin. Yeah, it is more bizarre, but he wanted that changed a long time ago and I need something to do. So I'll be working on that edit on my Microsoft Word version of the story. But to create less confusion, Tom=Melvin. Got it? Okay, good.

Thats all for now.
Posted by Kirsti at 9:00 AM No comments:

A little blurb to keep you all busy...

So I haven't been very diligent in my writing of this story. So sue me. Well, don't. I have no money to my name and have too much debt. So instead of suing...how about giving me money? No? It was worth a shot... 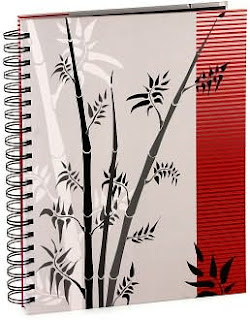 Right, the little blurb. I was writing in my Brand Spanking New Awesome Journal Just For Writing AKA the BSNAJJW...or the NAJ...and I was trying to stimulate my brain and started writing a random scene. It takes place before Kaylee and Tori have their fight, so this around the autumn time in mid October. Keep in mind this might not even appear in the book, but I thought you would enjoy it.

"Tori, could you get that?" my mom shouted at me from her room. Of course, pick on the child. I huffed and ran down the stairs to get the door. It must be one of my mom's students. I opened the door not expecting anyone I knew. But lo and behold there was Emerson wearing jeans, a casual t-shirt and a very sheepish smile. I smiled suspiciously and opened the door wider, wondering why in the world he was standing at my door.

"Hi," I said back to him. I bit my lip and was about to ask him what he was doing here but he began speaking before I could get it out.

"I was just wondering if you're doing anything..." he shrugged. I could tell he was very uncomfortable. I didn't see why. He came for dinner almost every day and we were friends. I shook my head and raised my eyebrow.

"Nope. Why were you wondering?" I was really curious and I wanted to know what was going on in his head.

"Oh, well, actually it can be you or your mom. See, I need--" just then my mom's voice came drifting down the hall and to my ears.

"Tori, who's at the door? If its a student, just send them right down, I'll be there in a minute!" Emerson's face tensed a little more, which was amazing as I thought it couldn't get any more tighter.

"Uh, Mrs.Jackman, its me. Emerson. I had a question to ask you or your daughter," his voice cracked nervously when he said daughter and I couldn't help smiling. He was really nervous. I heard my mom's footsteps go down the hallway and then down the steps. In seconds, she was standing next to me and put her hand on my shoulder as she looked at Emerson. I mimicked her face and looked at him too. "Okay..." he started again. "Well, I've been in need of a new table since the leg of mine broke about half a week ago and I was wondering if someone...one of you...could help me find and haul the table back to my place," he finished and sighed softly. I watched my mom contemplate the situation and looked at me. I looked back. I really wanted to go and I tried communicating that to her through my expression. She seemed to read it or she was just too busy to go herself because she said the magic words.

"I think Tori can do that for you. I'm waiting on students and she doesn't have anything else to do. It'd be a good service," she smiled and squeezed my shoulder. I pretended to be a little disappointed that my boring afternoon was going to be filled with service. Thankfully it was her and not my dad that was making this decision. He definitely wouldn't have let me go into a car with a single adult male.

"Really? That'd be great! Thanks, Mrs.Jackman!" Emerson looked at me and smiled. I smiled a very small smile back.

"You're welcome, Emerson. And you two had better be back by dinner," he looked at me and then looked at Emerson, who nodded. "Alright, well, have fun!" and she walked away. When she was gone both Emerson and I breathed a sigh of relief.

"Well, that went well," I said. He just shook his head and waved his hand at me.

"Go and get your things. I know you like to have a purse with you at all times."

I laughed. He knew me well. I went and grabbed my things and was out the door in less than a minute and was sitting in Emerson's car, amazed at my luck. "So, where are we going?" I asked as he started the car. He gave me a guilty look.

"Actually, I should tell you something. My table never broke. I just said that to win your mom's favor. But I do want to check something out," he said the last part with a tone that justified his blatant lying to my mom. I gaped at him.

"You lied? Wow, Emerson, you surprise me!" I laughed and shook my head. "What do you want to check out exactly?" I was expecting something unsafe like a monster truck rally or a shady store downtown. But I wasn't expecting this...

"An antique store. I saw an ad in the paper that said their baseball cards and antique books were on sale today," he adjusted a few things in the car, put it into drive, and pulled out into the street. Again, I gaped.

"You go antiquing? Thats two surprises! You could've told my mom that! Geez!" I laughed and stared at Emerson who smiled his sheepish smile. I nudged him in the arm. "You like antiques..." He just smiled back and pushed me away.

I never knew Emerson had a shopping gene in him. Yet when he told me we were going antiquing I was mildly intrigued and wanted to know any more random facts about him. So there we were driving in his car, driving to the nearby antique store. He chatted away excitedly about his many excursions and the rarities that exist in the shops. It was easy to forget my annoyances at Kaylee and at life in general when he was around. His energy was infectious and I found that the more I got involved in his story telling, the more I wanted to hear him speak and tell me more of his tales. It was nice to sit in his car and forget about life for a while.

When we got to the store there was an old-time feel to it, which is expected at Antique stores. It reminded me of the many vacations to my grandma's house and my explorations through her junk-filled basement. Emerson's energy was so vibrant that I found I couldn't stop smiling the entire time.

"Whats the grin for?" he asked at some point while I was looking at different things.

I shrugged. "Its just good to get out of the house once in a while," I smiled at him and he exhaled while wiping his forehead. I gave him a quizzical look.

"Well, that's a relief. For a second I thought you were thinking of becoming a hardened criminal!" He pointed at something in my hand and I looked down. To be honest, I had no idea what I was holding. I read the title and my eyes widened in shock. It read 101 ways to Commit the Perfect Crime. After examining it for a few more seconds I saw that it was just a spoof book that boys in the 1920's could buy to scare their parents or teachers. I chuckled and put the book back on the shelf.

"Not today. I was actually thinking of being a butcher," I took a book called How To Quarter a Cow from the shelf and pretended to leaf through it with mock interest. He laughed heartily.

"Yes, yes. Tori the Butcher has a nice ring to it," he punched me in the arm and turned around to examine some display. I stared after him and felt that yearning to be just a year older.

Thats all I have today. I left it hanging because it'll draw me to finish later. See? There is a method to my madness. Anyways, I hope you enjoy that. Nice little gift for the 4th of July. Happy Independence Day!

So I was looking through my old notebooks at the random writings I put down at the spur of the moment, and I decided that I'd write them down so that they can be fresh in my mind and I can let them fester until I feel they're perfect. Anyways, this story needs SERIOUS editing! And I should probably print out a hard copy of all the chapters to nit-pick at. Anyways, here goes:

[this section was found in the back of my math notebook. How bored was I that day?]

As you have probably noticed, I removed the last post. Tamara was kind enough to tell me that I finally crossed the line that most authors shouldn't cross when writing a book based off of real people: I made her so neurotic that she didn't even recognize herself. But, funny enough, Steven did! So maybe I wasn't so far off after all...just kidding, Tamara :-).

Anyways, I do have a lot of things written down to put on here, its just that I can't seem to find the time to type it up. But I've also been contemplating this story. It'll be very on and off, as usual. So don't think I've completely abandoned it. But I do have an interesting new idea:

1. Instead of me writing events as a day-to-day thing, how about I do something like using the prologue as the present and I'm remembering landmark events in the past and write about them, using dates, months, etc.

the memories of that day still flood my memory...

This day was particularly eventful...

This would make my life lots easier. I can focus on landmark events and not have to find filler between those things. And it'd be more interesting. But I'd have to completely ALTER the beginning and start all over again(relatively speaking). What do you all think?
Posted by Kirsti at 7:44 PM No comments:

What Should You Be When You Grow Up?

Kirsti
I'm a mixture of weird expressions, a loud and annoying laugh, spasms of energy, being tired, talking about celebrities, making fun of people, having a huge family, laughing at inappropriate times, and looking really stuck-up all rolled into a 5'6" body with a weirdly shaped nose, freaky green eyes, and really pale skin.

Characters and their respective Story

Victoria, who hates to be called by her full name, goes by Tori and has a larger-than-life personality. She approaches things with a headstrong attitude and a non-nonchalant behavior, giving people the notion that she is stuck up or "snoody." She's quite understanding and friendly. She has multiple talents and has a hard time making up her mind about both silly and important things. In the story, she finds herself unintentionally smitten with Emerson who unknowingly sweeps her off her feet, and while she deals with the conflicts of school she has to deal with her own emotions and internal battles with Emerson.